Translingoworld Private Limited (TPL) is a professional Spanish Translation And Interpretation Service provider in Delhi. It provides standard and quality Translator Services to the Corporate Houses, Govt. and Non-Govt. Agencies, varied industries and individuals as well.

In order to provide the best and precise translations possible, TPL has got a highly qualified and experienced Spanish Translators in Delhi who, due to their long-term experiences in the Spanish language industry, are capable of using the most appropriate dialect for your target language. To ensure the quality and accuracy, we only work with the linguist who possesses mastery over Spanish language and have working experiences in the relevant industry. We have got hundreds of translators who have already rendered the Spanish Translation Services to our valued domestic and International clients. TPL is known for its accuracy and cost-effectiveness. It never compromises with quality. 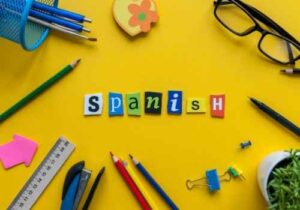 The Translingoworld Private Ltd. also offers its Spanish Translation in Delhi and many other Indian cities which include:

TRANSLINGOWORLD is India’s premier translation services provider. Get the best at the the lowest price.
Contact Now
Our Services
Translation & Interpretations Services

Spanish is a Romance language that originated in the Iberian Peninsula of Europe and today it is a global language with nearly 500 million native speakers, mainly in Spain and the Americas. It is the world’s second-most spoken native language, after Mandarin Chinese and the world’s fourth-most spoken language, after English, Mandarin Chinese and Hindi.

Spanish vocabulary has been in contact with Arabic from an early date, having developed during the Al-Andalus era in the Iberian Peninsula and around 8% of its vocabulary has an Arabic lexical root.

Despite its large number of speakers, the Spanish language does not feature prominently in scientific writing, though it is better represented in the humanities.Approximately 75% of scientific production in Spanish is divided into three thematic areas: social sciences, medical sciences and arts/humanities. Spanish is the third most used language on the internet after English and Chinese.

It is estimated that there are more than 437 million people who speak Spanish as a native language, which qualifies it as second on the lists of languages by number of native speakers.

As we knew the importance of Spanish language it is most important to exchange the cultural and economic relationship with Spanish people to keep it in mind we, The Translingo World Private Limited provide the translation and interpretation services in Delhi, Mumbai, Hyderabad and Kolkata.

We, the Translingo World Private limited, are the best translation company in India. We are capable of catering to our clients with highly qualified, educated, and trained Spanish translators in almost all parts of India. We, the Translingo World Private limited, provide professional interpretation in Delhi and all major areas of India, particularly in Delhi, Mumbai, Hyderabad, and Kolkata.

It is our pleasure to affirm that  we, the Translingo World Private limited, and our highly-skilled, qualified, and  professional team provide Human,  accurate, and best professional translation from Spanish to all major international languages and vice versa in Delhi, Kolkata, Hyderabad, and Mumbai